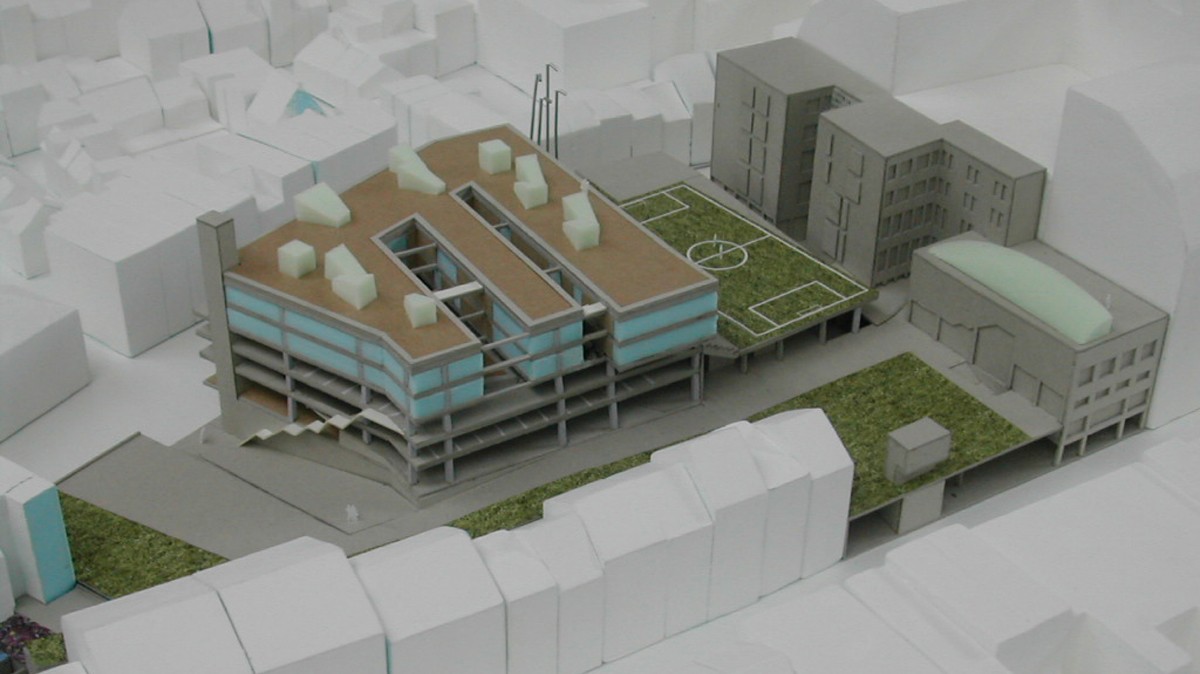 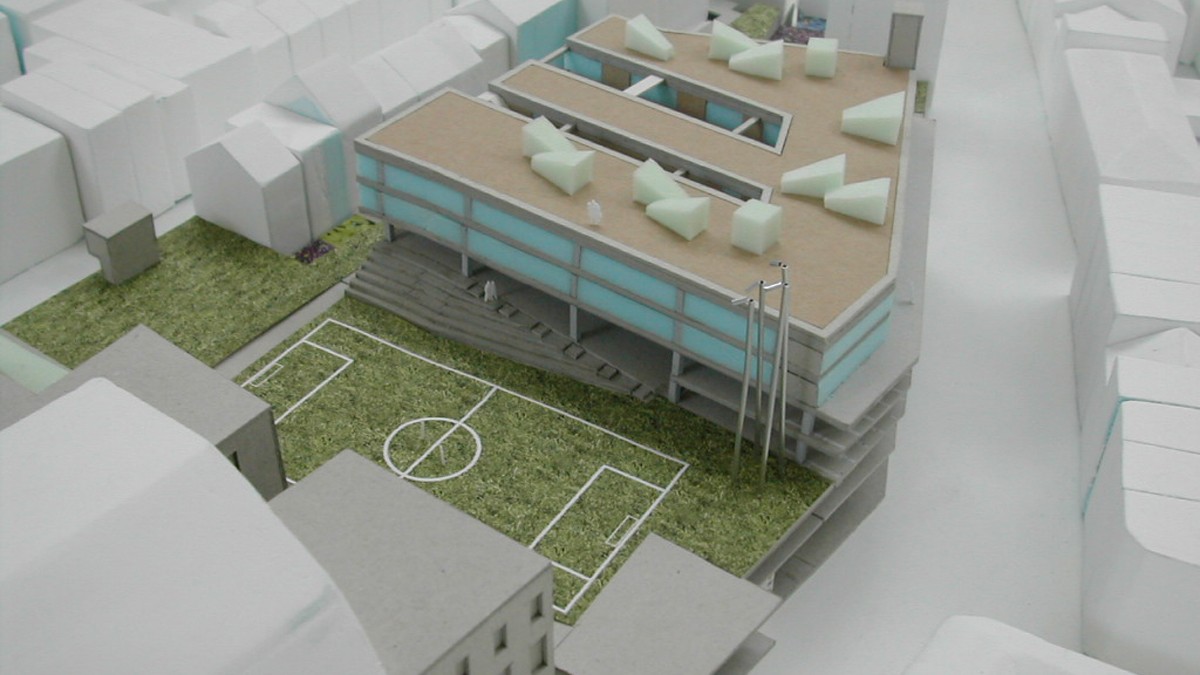 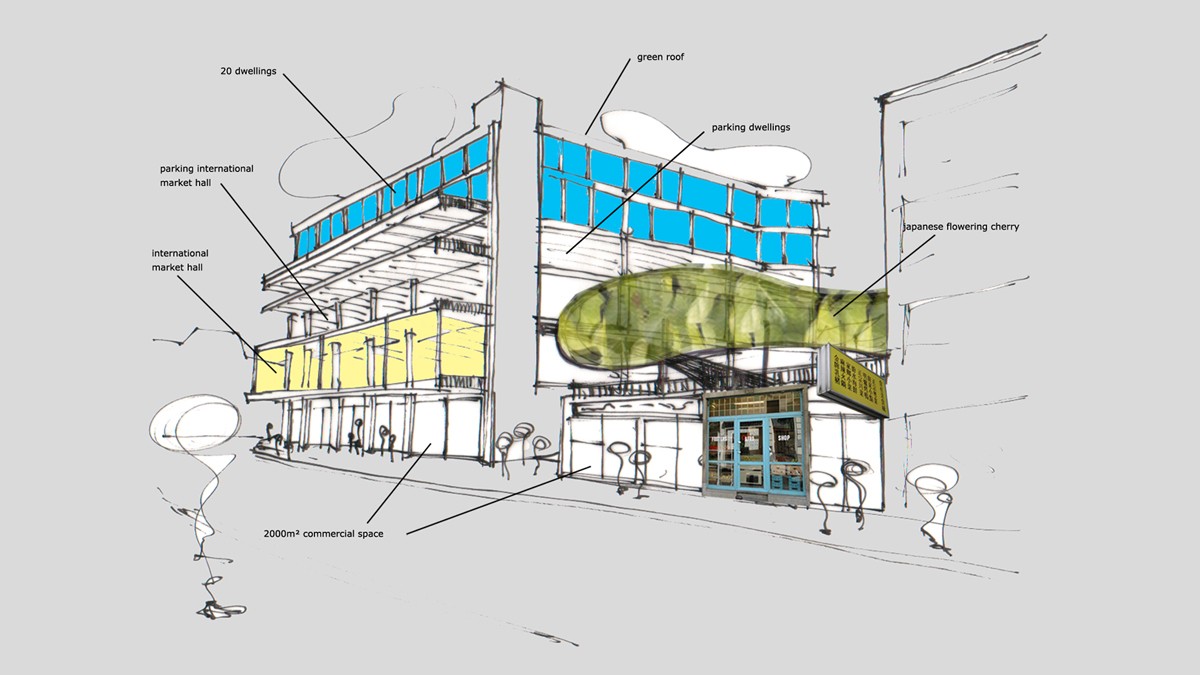 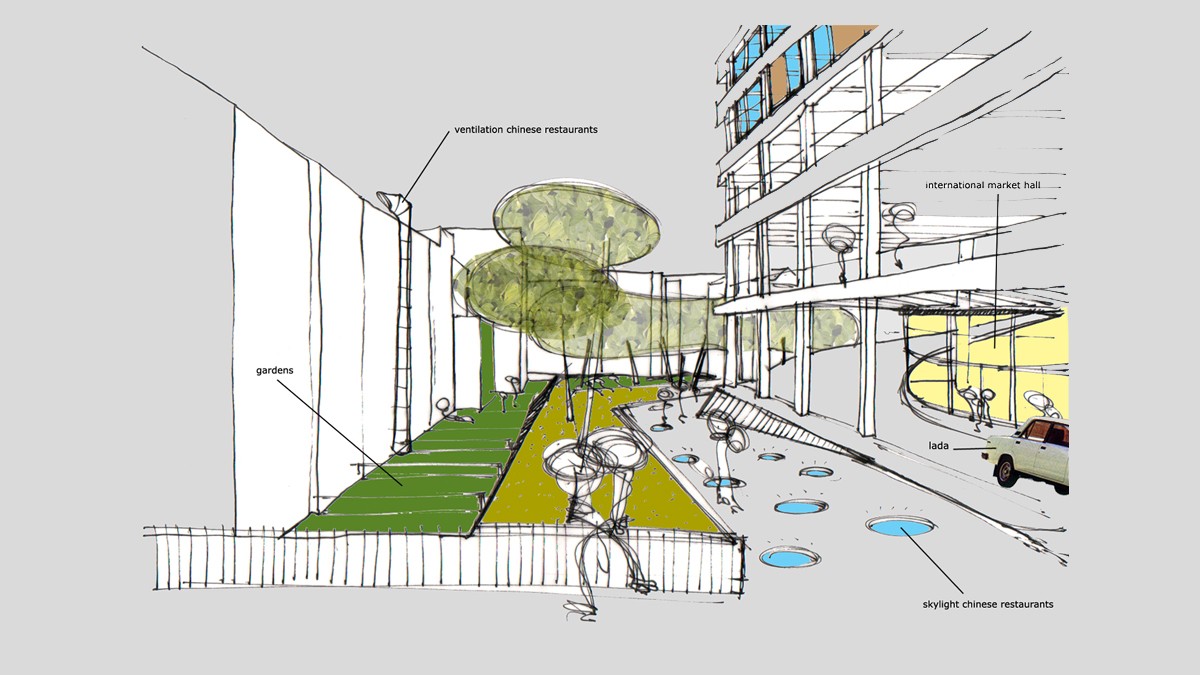 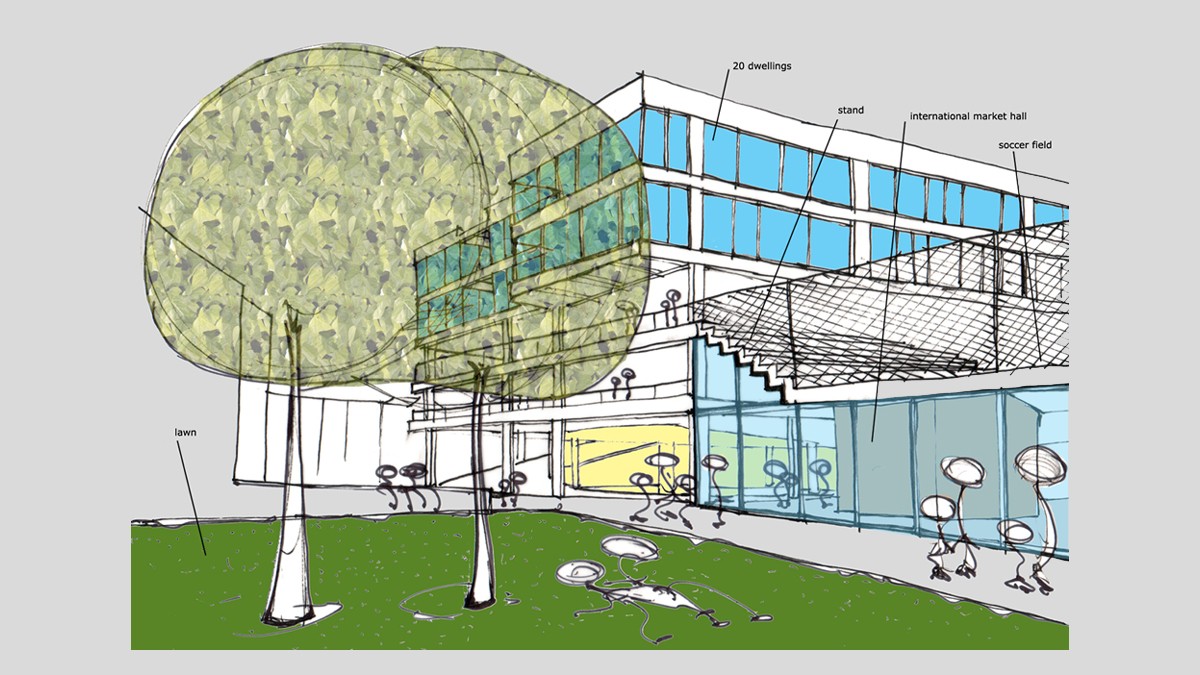 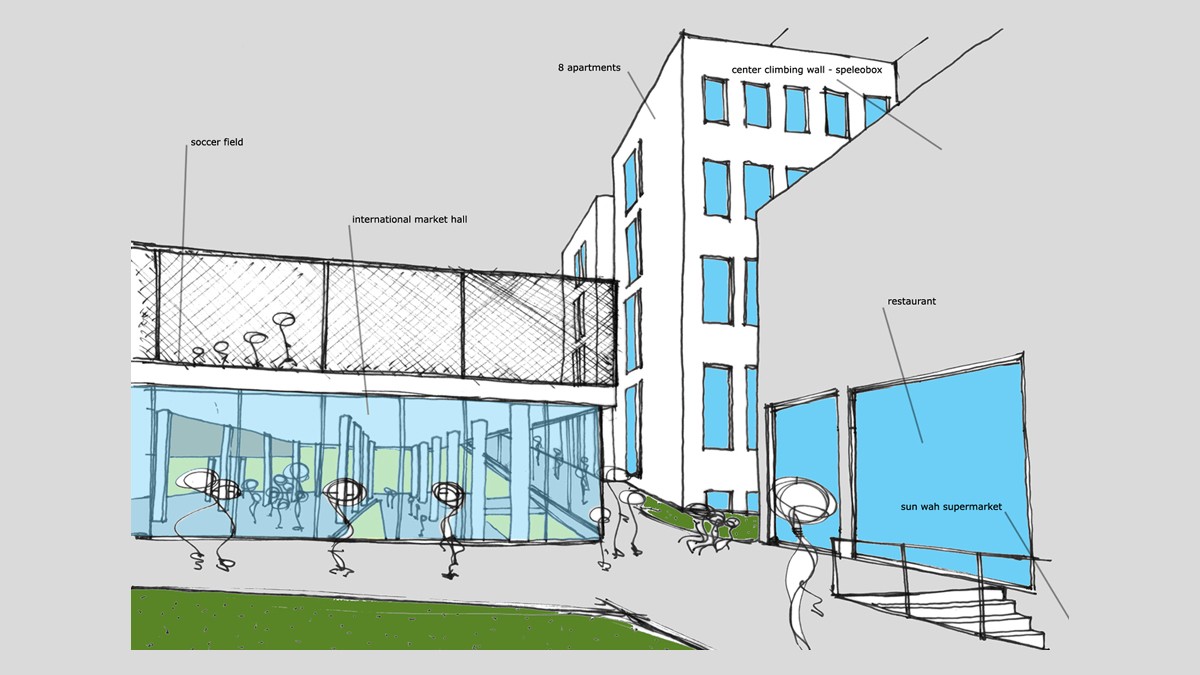 Urban congestion as a relief

The project area is situated in the catchment area of two districts of a totally different character: the ‘Seefhoek’ and the ‘Statiekwartier’. The former has always been a working-class district, while the latter is historically characterized by its representative nature: it offers the train passenger a preview of Antwerp. It is the very confrontation of the districts’ different atmospheres and the resulting tension that gives the area its particular individuality. Since the sixties, rising suburbanization has caused both neighborhoods to suffer from deterioration. But unlike the ‘Seefhoek’, which has evolved into a multicultural working-class district, the station district has not (yet) recovered, which has upset the difficult balance between the marginal and the representative. With the forthcoming arrival of the HST, which will provide Antwerp with a direct connection to the other European main cities, it is the sprawl of the working-class district and its specific problems that inspired the current urban renewal projects of the City of Antwerp. The introduction of a basic theme (design), the location of the new city library and a business centre in the area is intended to attract a varied public of different social backgrounds and the corresponding commercial functions.

On the one hand, the project aims to provide a solution to the mentioned image problem and the integration of 'higher' social communities in the area; while on the other hand, it also seeks to offer an anchor point to the current multicultural population with its mixture of lifestyles and activities. After all, it is the melting pot of cultures and atmospheres in and around the project area that is paramount to facilitating cross-fertilization and social dynamics –a condition the project embraces and tries to develop. The objective of the project is to facilitate the evolution from a 'multicultural' society to an 'intercultural' society, where people are no longer forced but are given the opportunity to establish contacts with one another. The project should be able to provide the opportunity for invitation by others, for sharing buildings and structures, encouraging people to question one’s own values and standards –giving way to reflection and growth.

The project is embedded in the existing context, not only from a social but also from a material viewpoint. It addresses the existing material space, buildings, structures and accidental landscapes.

From this basic principle, the existing multistory parking garage and the modest art-deco building that houses the Chinese supermarket ‘Sun Wah’ are preserved but re-interpreted. The upper floors of the parking building from the Fifties are converted into dwellings that combine the qualities of a penthouse with those of a suburban dwelling: despite the compact bundling each dwelling has a terrace or a garden on the collective green roof and the dwellings themselves can be accessed by driving the car right up to the 'front door' –on the third floor of the parking building. On the lower floors, the parking building is interwoven with the recreation park, which constitutes the backbone of the project and which provides the necessary relief in this neighborhood where no parks are present. To enable it to fit in with a neighborhood that is characterized by a high density development with enclosed semi public alleys and inner areas that allow the district to breathe, the recreation park is conceived as a 'pocket' and situated at level +1. This site also takes account of the Chinese restaurants and shops that are present on the ground floor on the western side of the project and provides the dwellings lying above it with a garden that connects to the park.

The ‘Antwerp Market Hall’ (or Criée) located on the site is kept as a function but adapted to the altered situation. Given the cultural diversity, a conversion into ‘International Market Hall’ is quite suitable, while the original setting –a hall with market stalls surrounded by a circulation zone– is preserved. The existing, mainly one-dimensional building, that did not fit into the new concept, is replaced by a three dimensional structure in which the function of the Criée is extrapolated into the third dimension and extended to the adjacent parking building, which accommodates part of the commercial function and also the necessary parking space. The seamless connection with the recreation park makes the commercial heart of the project not only a shopping heart but also an attractive meeting place for people that have no direct purchasing intentions, which is considered a must for an area inhabited by people with limited purchasing power.

To allow the neighborhood to benefit from the impulse that will soon be generated by the HST, the entire project has been based on the associated infrastructure works. In addition to the connection with the pre metro, the underground Astrid square and the Central Station, the project also provides for the connection with the park and the parallel streets. It thus functions as an 'infrastructure node' that interweaves and ties up the various local atmospheres and the elements of the design. It is hoped that the project will be able to bind together the different ambiences of the district in such a way that they will not be unraveled for a long time.

In collaboration with Pieter Decorte