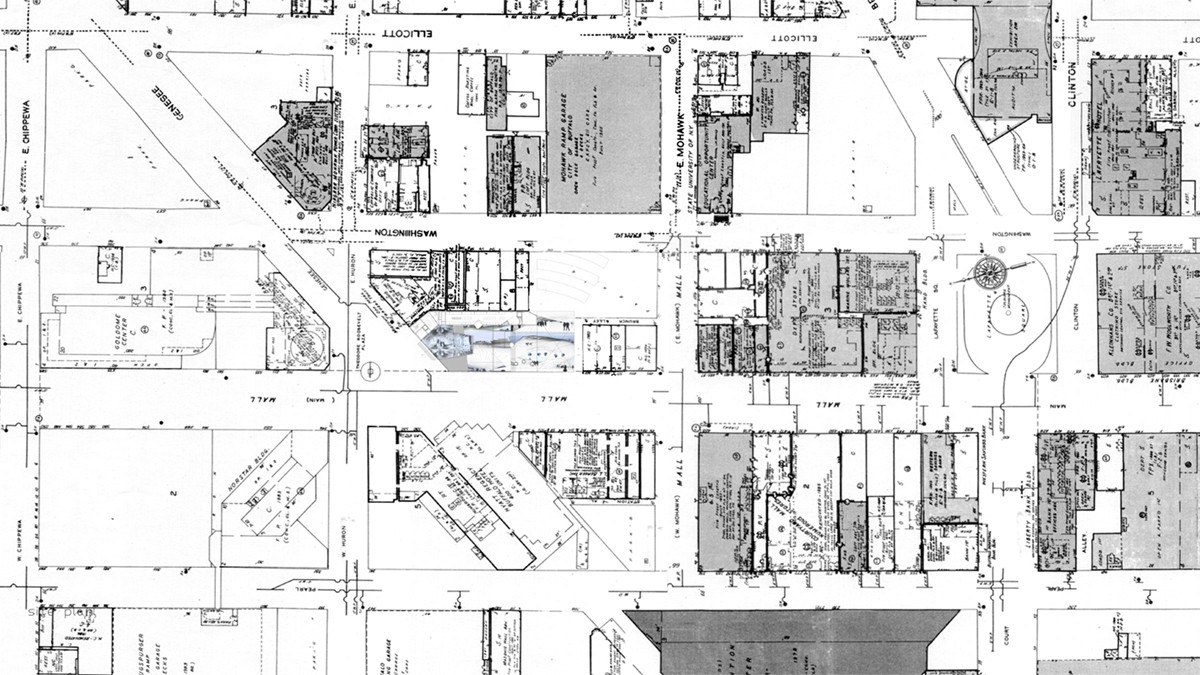 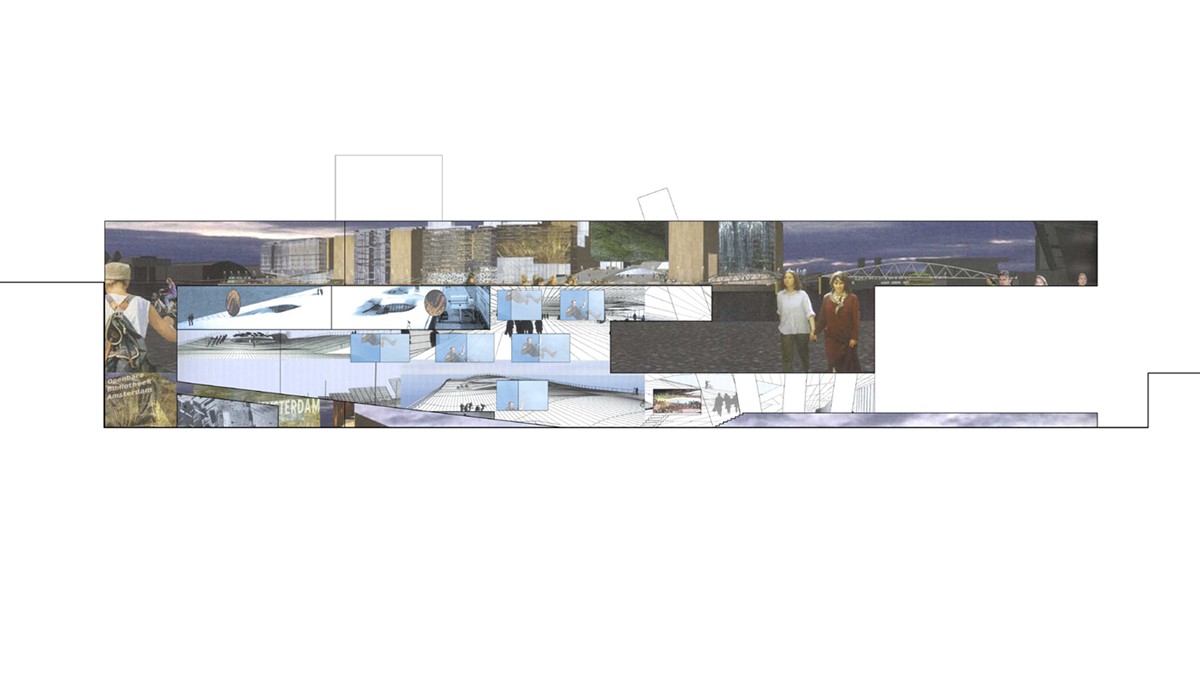 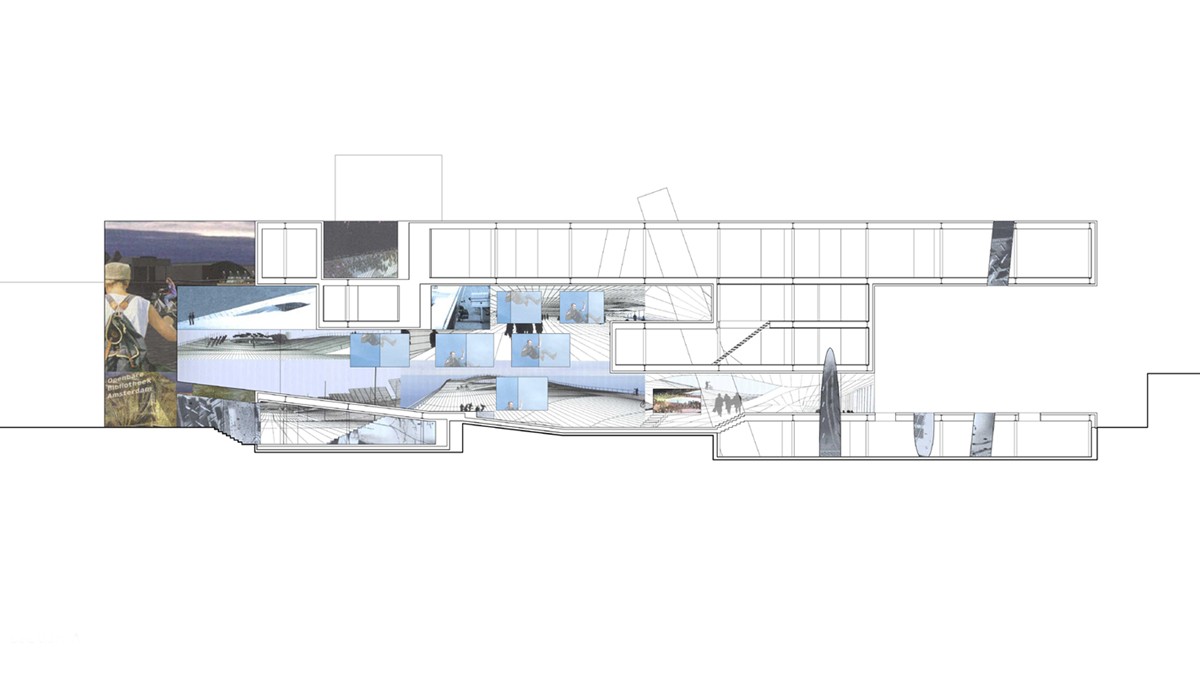 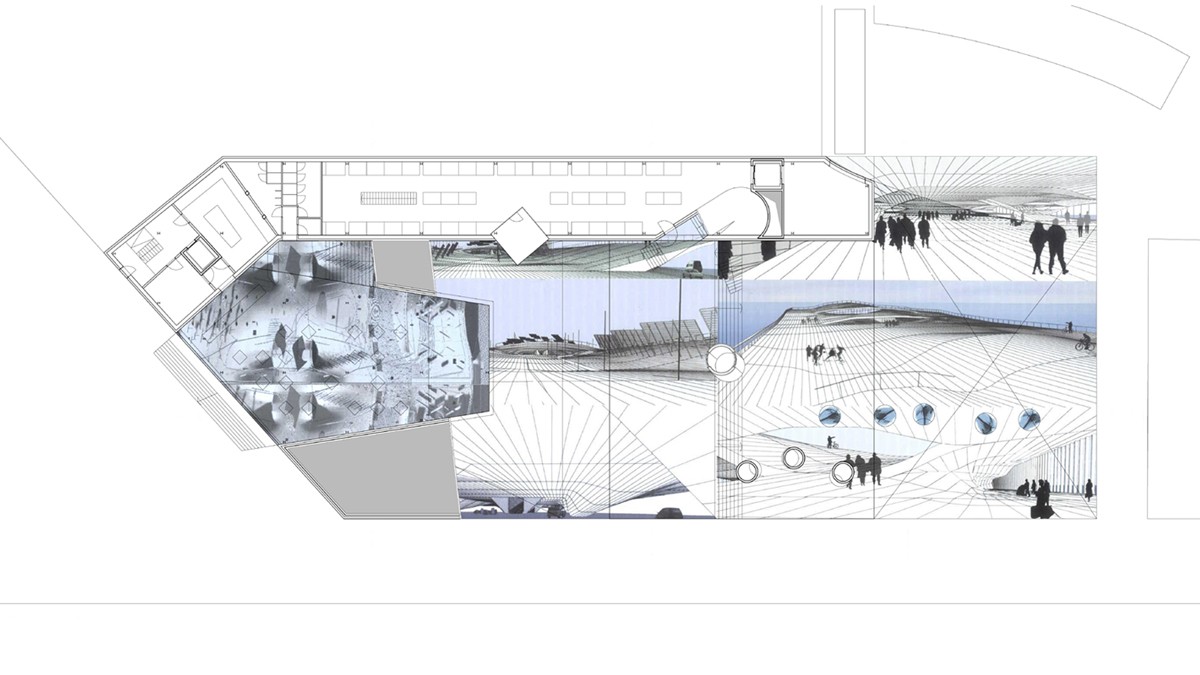 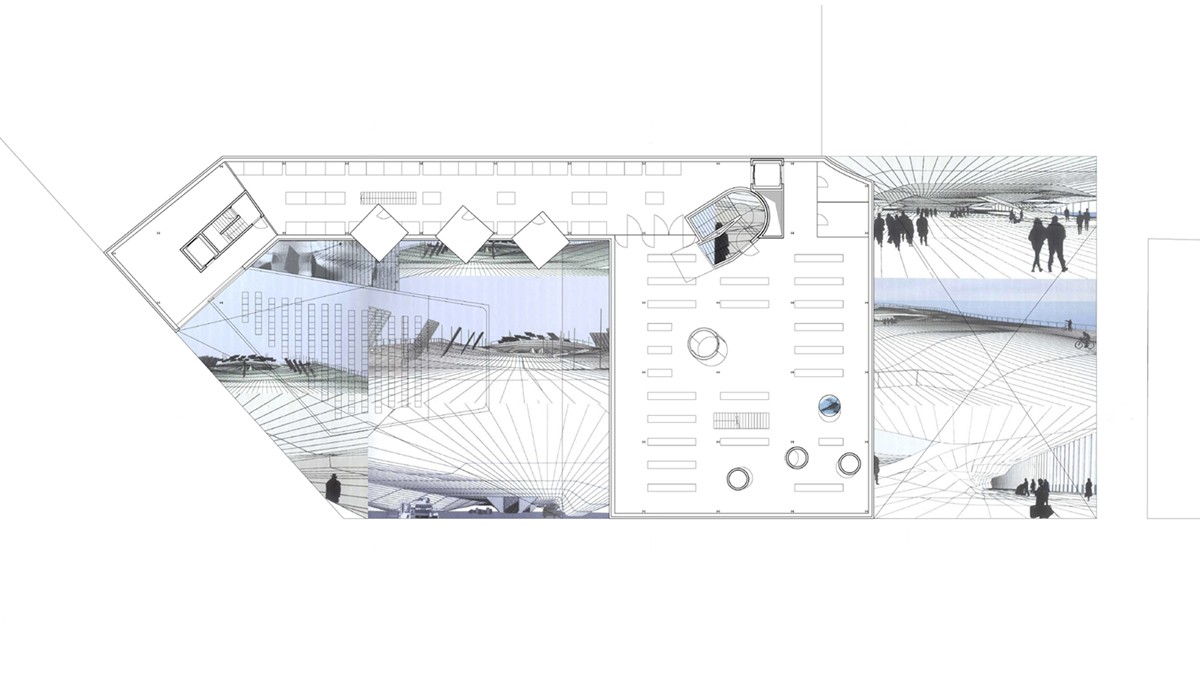 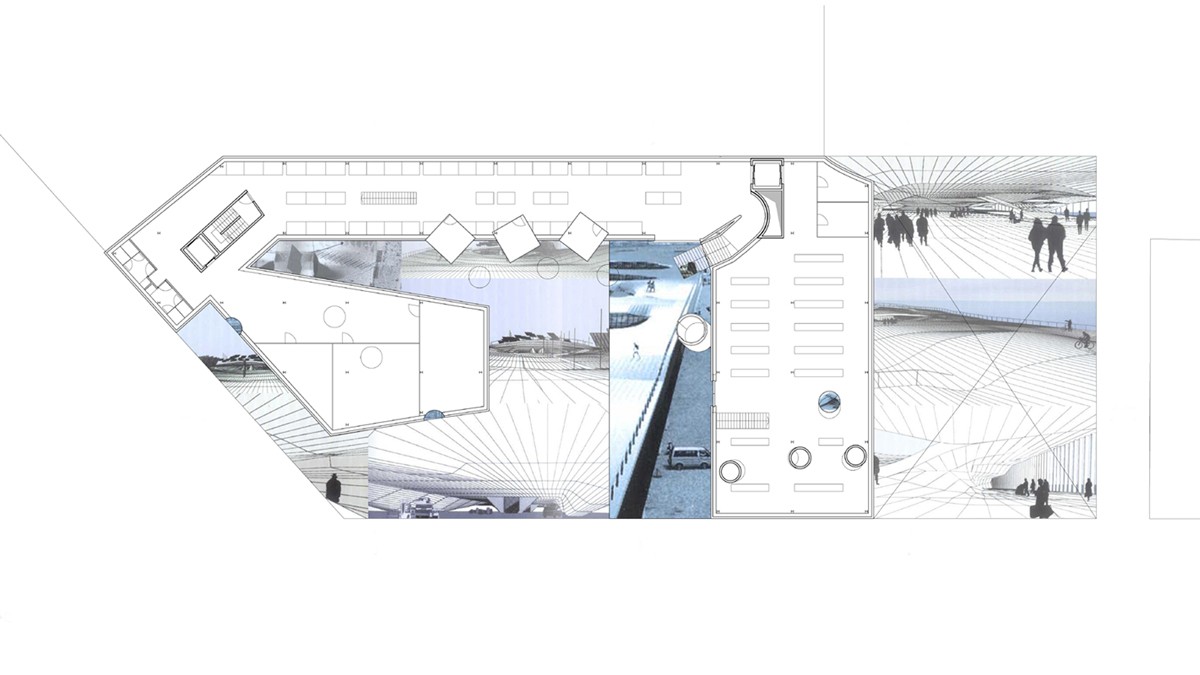 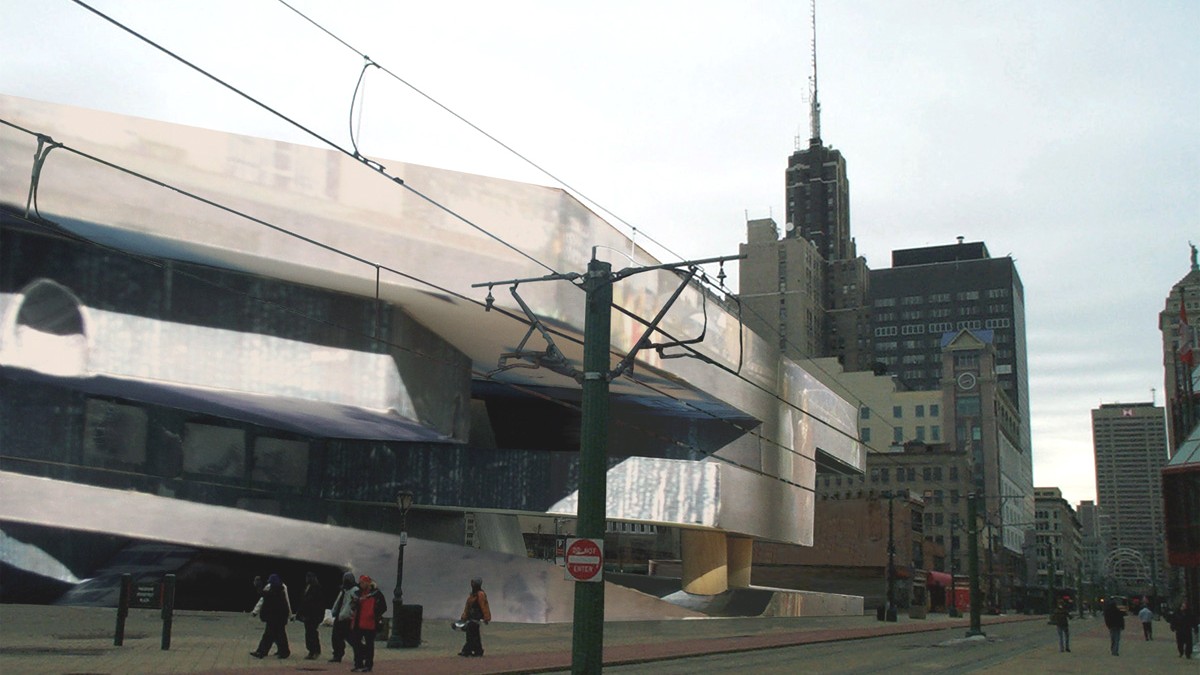 The architect as an intellectual, a commentator on the world, is a developer and creator of dreams: utopias that frequently envision a new kind of society. He provides the condition that makes reflection possible, creates an opportunity to think and perhaps to live differently. Although the dream is rooted in the real world and its irrefutable facts, the latter evaporates into the realm of the image during the development of the dream. Thereafter an eventual crystallization into reality can take place, marked by the physical construction of the project.
But don’t be mistaken; it is through imagery that most architecture is known. This imagery, making up the (lucid) dream, represents the ideal state of the project: a perfected condition that is sought after but unlikely to be obtained in full. Lacking imperfections, bathing in an optimistic, relaxing atmosphere and crowded with people –suggesting the huge success of the project and by doing that legitimizing it– the image depicts the desired state of the project. But the imagery is not confined to the image. It continues in words as the project is imagined in heroic language. And going beyond mere projects, (contemporary) theories and manifestos too are packed with extravagant pictures or written in words treated as images, blurring the distinction between words and images. In a nutshell, architectural communications happens in a visual mode.

Since nothing is more lethal for the apparent magic –and the resulting attraction– of dreams than revealing the making of those dreams, a certain degree of separation between the production and consumption of the dream is vital. This is achieved by concealing the development of the project with some layers of fantasy –often helping the architect to build his own image and eventually turning him into a ‘star’. For the dream to become reality it not only has to be communicated, it has to be sold too. To convince the public, the importance of the image power is paramount.

Broadcasting the imagery around the world is necessary in order to catch the attention of the public and gain momentum for the dream. This is the point where the imagery as part of the production of popular culture merges with the advertisement.

To foster this architectural culture, the concept of the ‘black box’ is used –in both senses of the word. First of all, the center is a recording device, gathering all kind of architectural production: hard copies of drawings, models, photo collages, films, manuscripts, periodicals, books and, of course, digital data. But the center also operates as a black box in the sense that the internal functions and mechanisms of the architectural culture are hidden from and mysterious to the public. The outer skin of the black box is conceived as a media façade, an ever-changing electronic billboard composed of LCD screens, launching electronic imagery as programmed by the (guest) curators. Carving out the black box, causing the latter to ‘bleed’ images, and absorbing people in its ever-changing virtual reality, creates public space. This public space, easily accessible to the public in general, includes a covered plaza, the auditorium, the bar and restaurant, and the reading room of the library. While the public space is immersed in electronic imagery –the original state of all contemporary imagery– the inside of the black box, the realm of the insiders, is a fluorescently lit blank space, dedicated to preservation, study and discussion. The backlighting, used to brighten up the screens, emits a diffuse light into the inner space of the black box, creating a surrealistic and seemingly endless landscape of steel columns and racks. Except for the archives, the black box also houses the library, research cubicles, multiple use studio spaces and the necessary room for the administration. To offer a minimal connection between the inside and outside of the black box, the box is perforated by ‘peep holes’: cylindrical perforations placed at an angle, offering the insiders a one-way connection with the outside world. Breaking the box perimeter and crossing its borders, the research cubicles establish the connection in the opposite direction. Perforating the media skin, they function as a teaser, offering the outer world a glimpse of the inside activities.