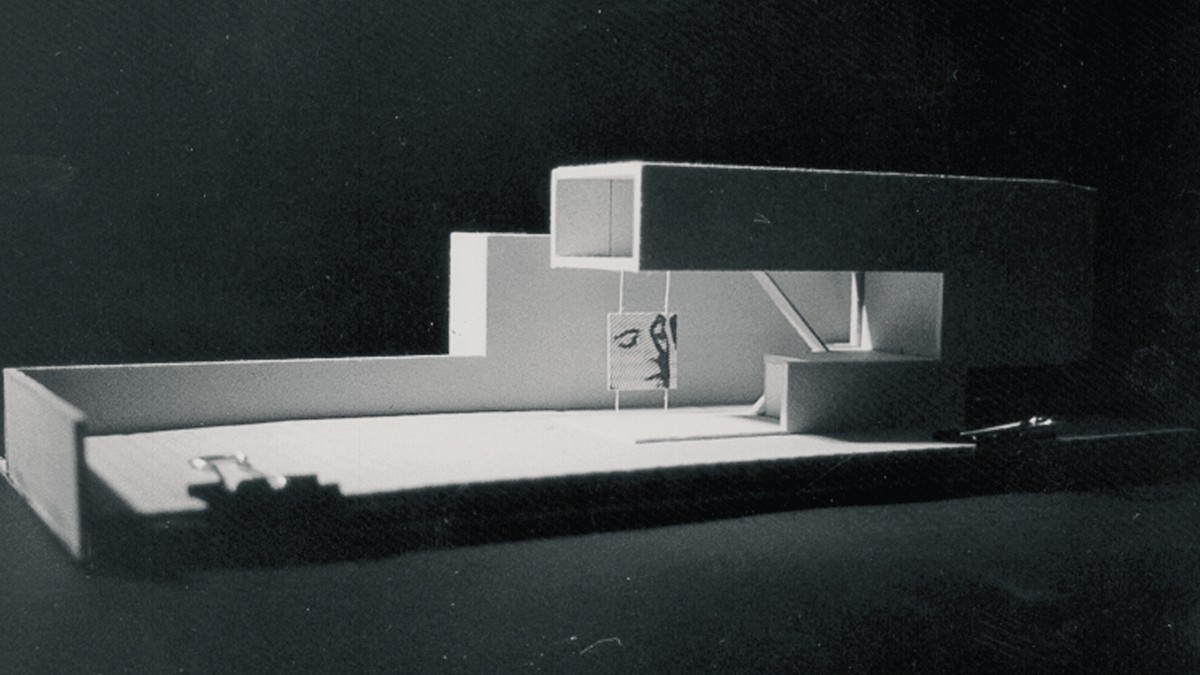 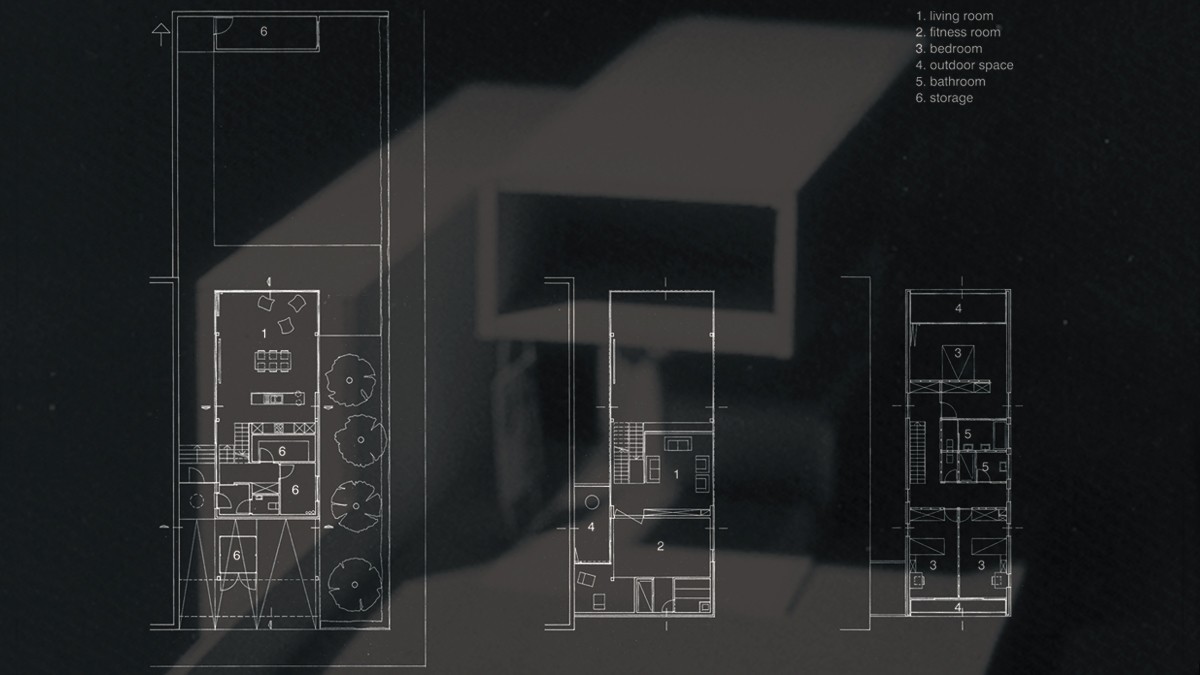 The brief called for the design of the corner building of a typical Belgian suburban allotment. The purpose of the building was to house a family of four and as a special request a fitness room (+/- 15m²) equipped with a sauna, a shower and an outdoor space was asked for. Moreover, the possibility of hanging a 2.5 by 2.5m painting in the building had to be provided for. Additionally a number of building regulations applied: no building was allowed in the open corner, the maximum allowed floor surface on the ground floor level was restricted to 200m², and the building height was limited to an angle of 45° drawn from the upper side of the partition walls.

Characteristic of this style of allotment is that it is neither situated in the country nor in the city. People who choose to live in this environment wish for housing conditions that contain the qualities of both city and countryside. Becasue of this the concept of the dwelling is based on combining those opposites. As a counterbalance to the reality of the urbanized environment, the site itself is conceived as a faraway private world, where one is able to live in a ‘natural’ landscape –here translated into living in the garden. The living quarters are housed in a high, open space. Set apart from the partition wall and wrapped in a glass façade, the space is vaguely defined offering the residents a great spatial feeling. As a contrast, the nighttime and serving functions are given an enclosed and intimate character. The fitness room is situated at the changing point between the night and the day sections, forming a quasi concealed entity and the sole volume that makes the connection to the adjacent building.