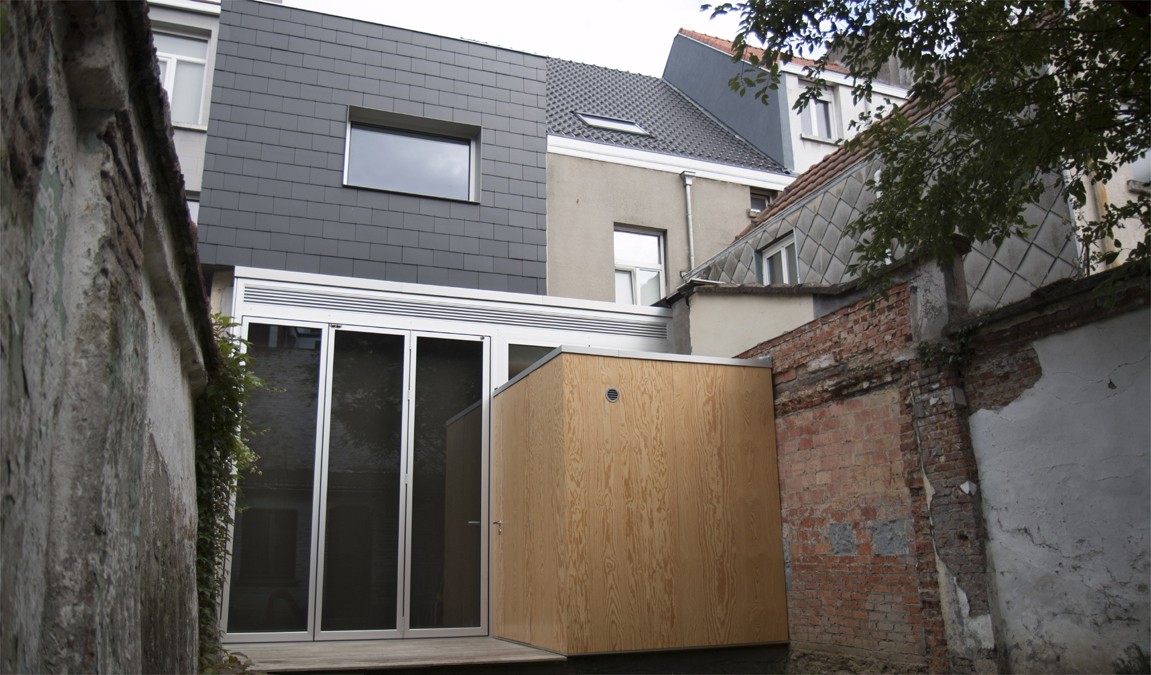 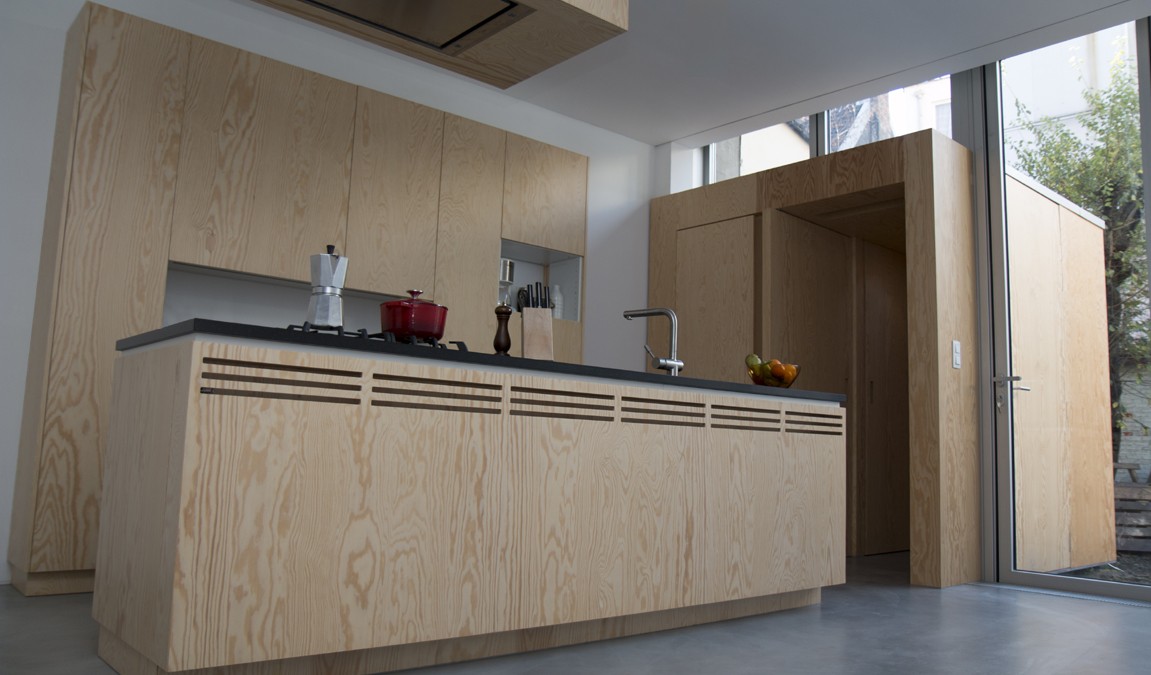 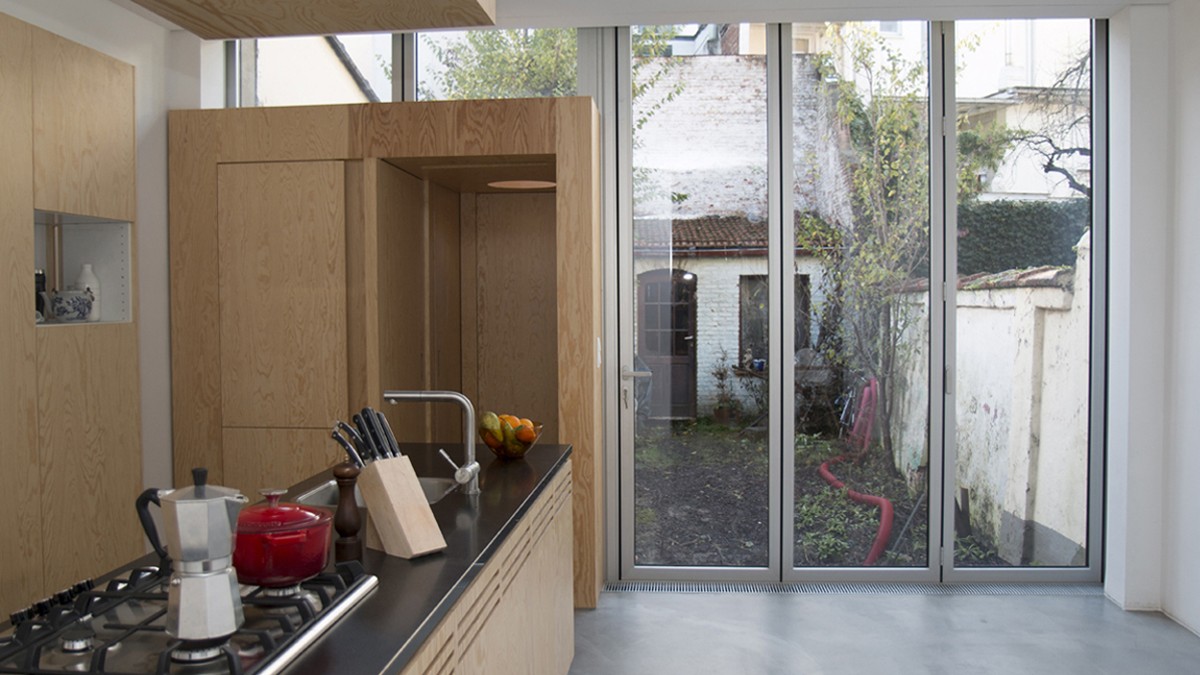 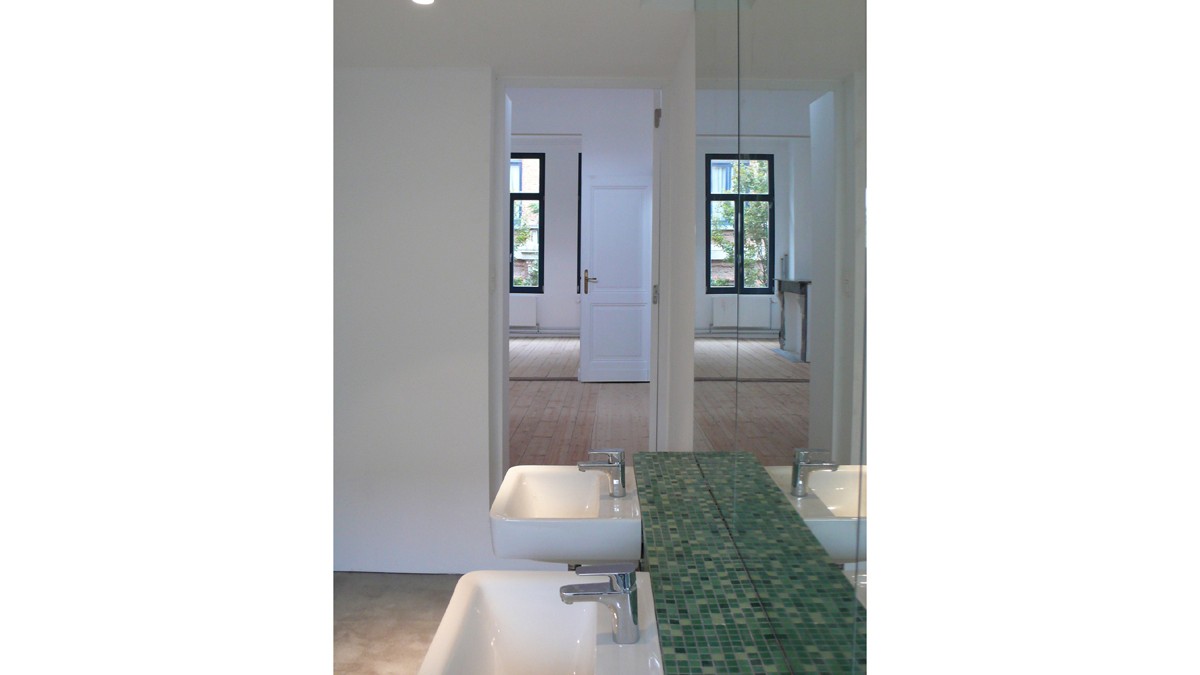 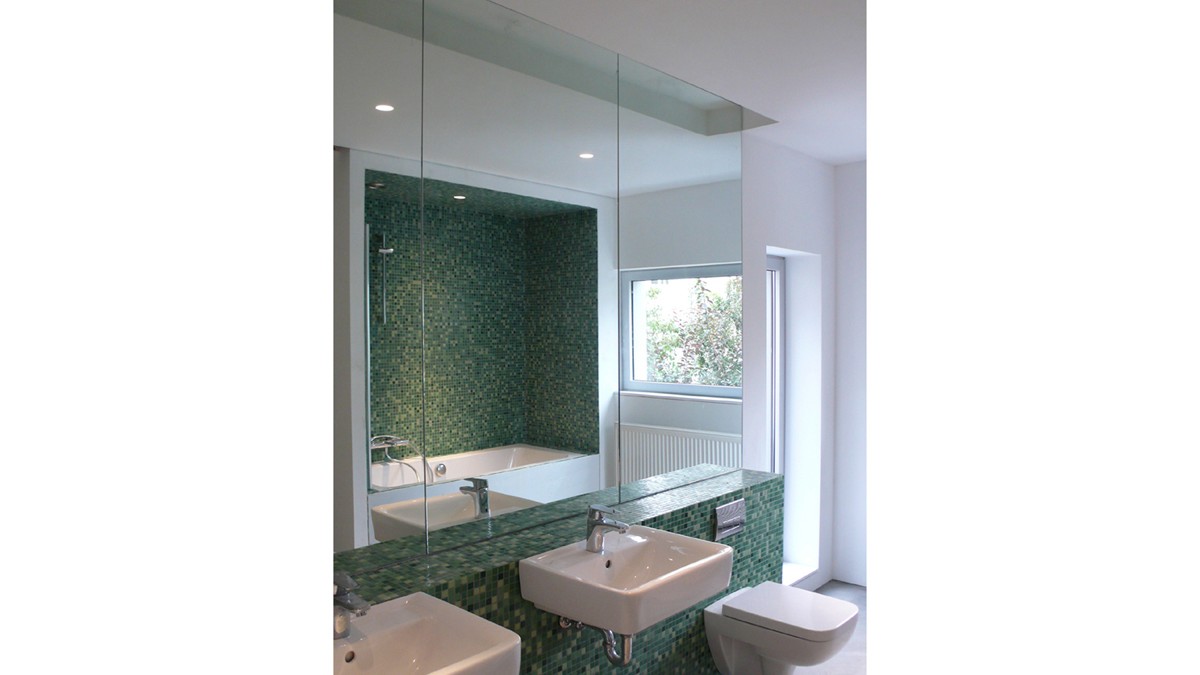 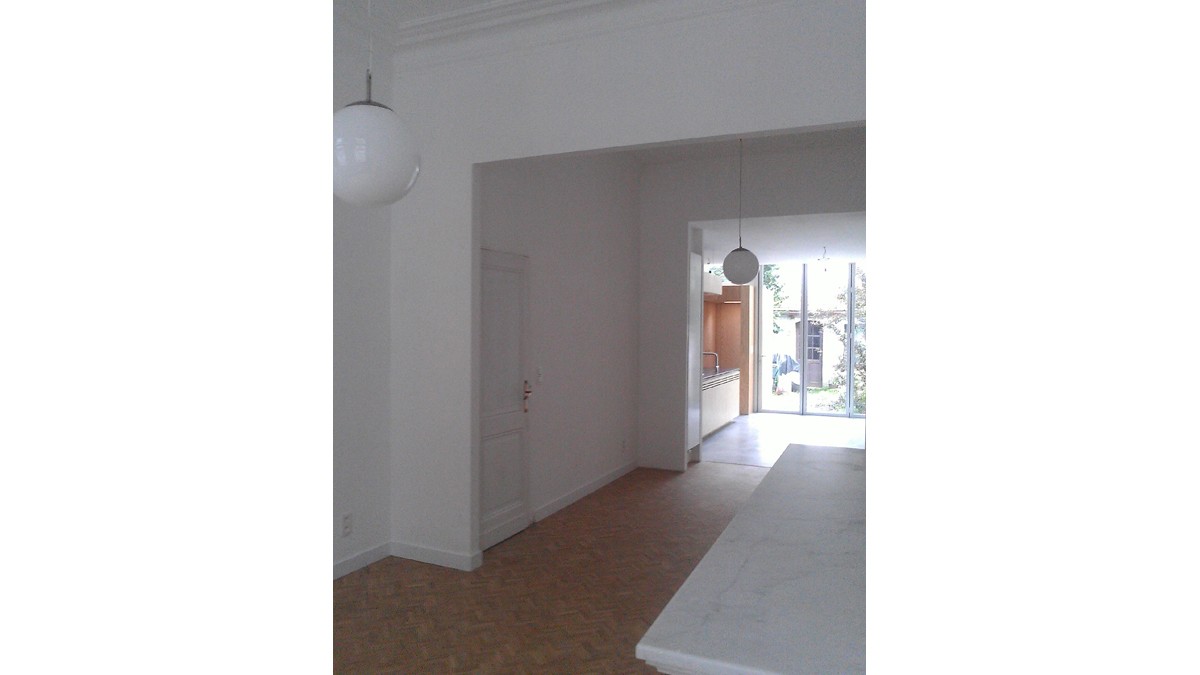 The brief asked for a low budget remodelling of a terraced house to a contemporary single-family dwelling. The original building, a dwelling with retail space on the ground floor built in the second half of the 19th century, has been altered throughout the years to suit the changing needs and comfort requirements of the times. In this process of alteration, extensions to the main construction have been added and changed, leaving the main construction itself relatively intact. The result is an ad-hoc composition of volumes at the rear side of the building, dark spaces in the centre of it and a poor relation between the building and the garden behind the house.

The conceptual approach of the project is to preserve and renovate the main construction, while the random collection of the areas of the extensions is reorganized into a coherent composition of clearly articulated parts. In line with the tradition in which extensions are added to house new demands, the new bathroom is situated in the extension on the first floor. The kitchen-diner and a compact cube with a serving function is located on the ground floor at the rear side of the building.

An operable glazed facade maximizes the incidence of light and the relation between the kitchen-diner and the garden. In the rear elevation it also separates the solid facades of the bathroom on the first and the multifunctional space including the downstairs toilet on the ground floor. The latter is a compact volume that stands midway between a piece of fixed furniture and an architectural construction. It combines a toilet, access to the garden, a storage and a kitchen cabinet in one single volume. Its placement across the glazed façade blurs the border between inside and outside.This effect is reinforced by its cladding in light-coloured multiplex panels that match the finish of the kitchen cabinets and island.

The result is a dwelling with a dual character. On the one hand there is the main construction with its very familiar modest grandeur of the 19th century, on the other hand it has the contemporary aesthetics of the rebuilt extensions at the rear part of the building. This divide has been consistently continued in the materials used and detailing of the project, thus creating a tension between the historical and the contemporary within a coherent whole.