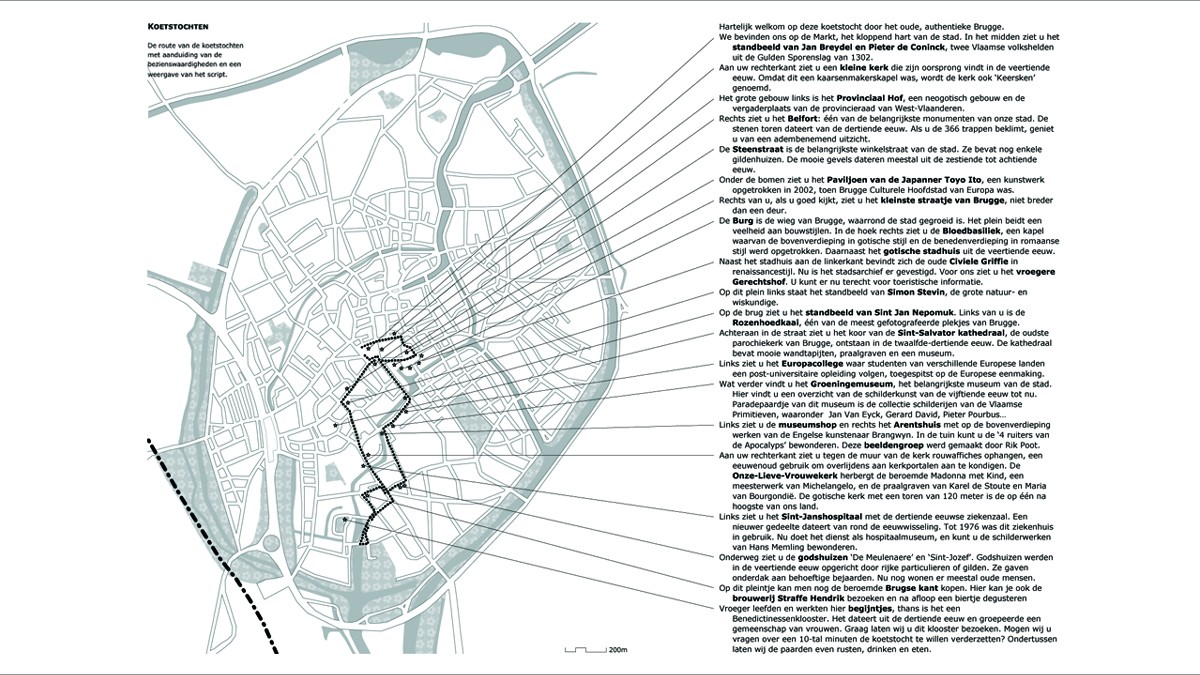 Catholic University of Leuven [B]

Written as thesis for the specialized studies of urbanism and spatial planning, ‘Disneyfication’ (Disneyficatie) is a research into the economical, social and cultural forces that constitute the motives for the trend towards staging. The matter is approached from the field of marketing, sharing the view of the authors who claim that the economy is evolving into an ‘experience economy’. The characterizing aspects of this economy correspond to the fundamental dimensions of Disneyfication as identified by the sociologist Alan Bryman in his systematic approach on this matter. As a consequence it can be argued that it is the very emergence of the experience economy and the accompanying changes in the social world that are indicated by the term Disneyfication.

This particular approach to the matter leads to the process of Disneyfication of our society being discussed within the context of the evolution of the nature of the economic offering as described in the marketing and management literature. The history of this evolution leads us to the origination and expansion of the (postmodern) consumer society, characterized by the infiltration of the economy in the socio-cultural world.

Within this framework Disneyfication is defined and discussed, after which the study focuses on the degree to which Disneyfication has manifested itself in a Belgian city –done by means of a case study of the city of Bruges. Furthermore, the implications of the infiltration of the economy in the socio-cultural world to the public sphere in general, and to the public domain in particular are examined more closely. Finally, these findings are traced back to the development and policies in the inner city of Bruges.